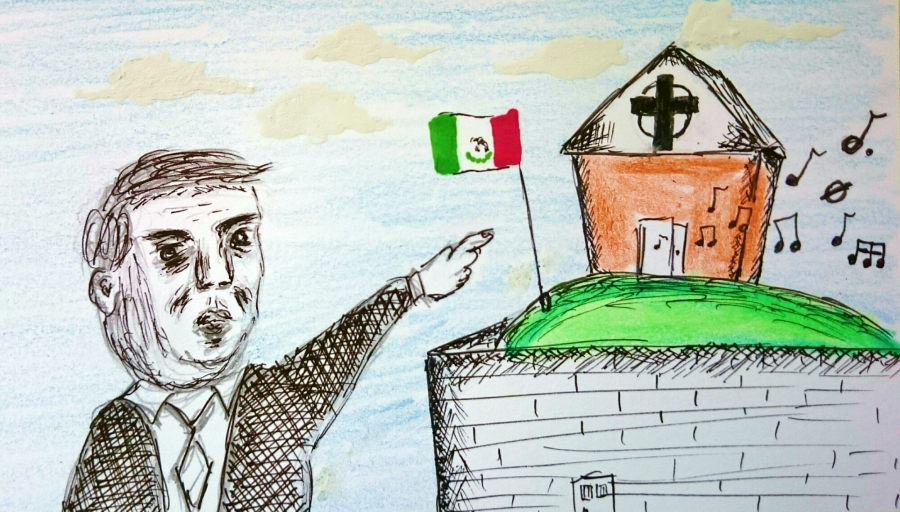 Is attending church in Mexico any different than attending church in America? In fact, there are more people going back to Mexico than entering the states. Between 2010 to 2014, there was no net in-migration. So the whole immigration problem is ramped up and causing more problem than there already is.

Catholicism may be the dominant religion in Mexico but they still have Protestants and Presbyterians. Recently, Trump told the media that he was Presbyterian but he couldn’t recite any Bible verses. A couple of days ago, Sarah Palin interviewed Trump and they both accused Liberals of throwing ‘gotcha’ questions. Let me be clear that being asked to recite a bible verse is not a gotcha question. In fact, I think it would’ve support his cause by saying something short and memorable. However, I think Trump never really bothered to return to the Bible after his childhood years.

2 thoughts on “Trump Goes To Church”