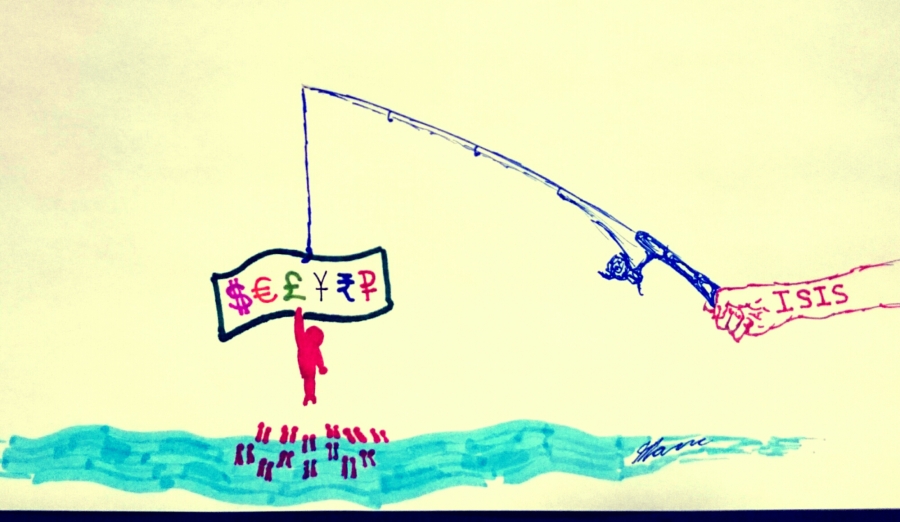 Recently, a group of women have been scamming ISIS for money. ISIS’s recruitment methods happen on the Web so that was where the women set up their scheme.

I am against scamming but ISIS seems to be an exception. So the way they did it was by first setting up an account to chat online and ask about being recruited. They would say that they need financial aid to travel overseas and so they would talk until a transaction has been made.

Then they would disconnect and delete their online account. Already, the women have been making thousands of dollars each day. I certainly think that ISIS is desperate and they have more than enough money to spend.

We already know that ISIS is already making millions of dollars everyday through taxation and oil revenue. They’ve been called the richest terrorist organization.

I just thought this story was interesting and unique.

What are your thoughts on this scamming scheme and do you think it should be prohibited?