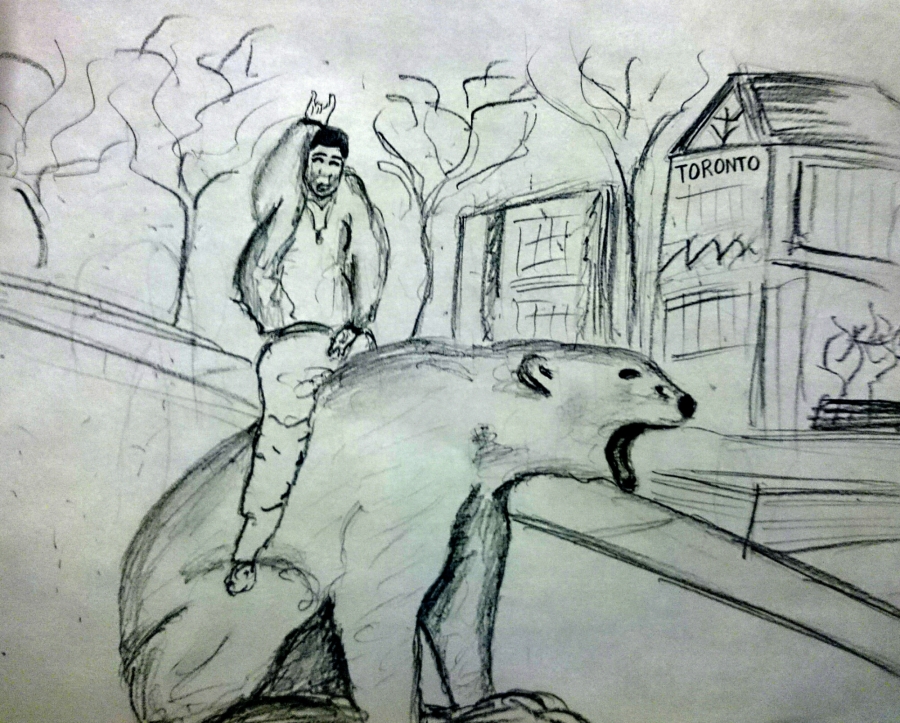 He used to be Jimmy Brooks from Degrassi: The Next Generation. Now, he’s supporting other artists kickstart their clubs on a Tuesday. This brings up an interesting question, “Did Drake really start from the bottom?” There have been numerous articles on this issue and many state that Drake grew up in a middle class family. However, it really depends on your definition of “bottom”. If you consider Canada, Drake’s birthplace a barren wasteland then yes, Drake started from the bottom. If you’re talking about Drake’s rise to fame, you’ll get the same answer. But if you take an analytical, perhaps a financial attitude, you’ll receive a different answer. I’d rather not waste my time talking about Drake’s childhood because it’s a debate that will last a lifetime fueled by angry fans. On the other hand, this issue gives me a wonderful chance to illustrate my opinion visually. I’ve decided to take a quick sketch of Drake in his Started From the Bottom music video. Also, I’ve replaced the Bentley car with a polar bear because I think it suits him well. I’ve heard many complaints on Drake’s whiny attitude so I’ve compensated that with a fierce bear. I think that’s enough of Drake for today. As always, ” Thanks Canada!”

6 thoughts on “Did He Really Start From the Bottom?”